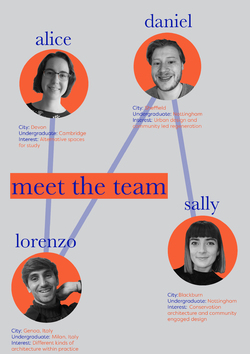 Sally is from Blackburn and first studied architecture at Nottingham before moving back north to Manchester. Whilst working in practice she worked with Nightsafe to design the Safe@Silas DIYSOS scheme. Sally is interested in conservation architecture, community engaged design and wants to continue working and living in the north west. In her spare time, she practices yoga, enjoys walking and undertaking craft projects.

Lorenzo has moved to the UK to study his masters from Italy, after studying in Milan and New Zealand. He is looking forward to working in the UK and exploring different kinds of architecture in practice. You’ll find Lorenzo teaching first year students on Wednesdays, competing at swimming galas on the weekends and exploring the city in his time off.

Alice is from Devon and completed her undergraduate studies at Cambridge. She worked in a conservation practice during her year out. She is interested in alternative spaces for study and brings this into her role as a teaching assistant for the first years she tutors at MSA. Alice is a talented musician, she plays the cello in an orchestra and enjoys cooking in her spare time.

Daniel is from Sheffield and studied in Nottingham as an undergraduate. He is currently working for an architecture company near Leeds while completing his masters part-time. Daniel is interested in residential architecture, urban design and community led regeneration. In his spare time, you’ll find him socialising with friends, following Sheffield United FC or travelling to new places. 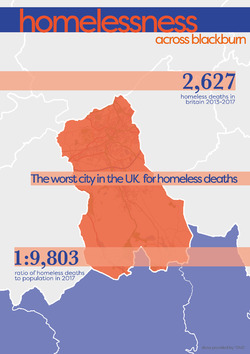 Data is provided by the 'ONS' (Office for National Statistics). 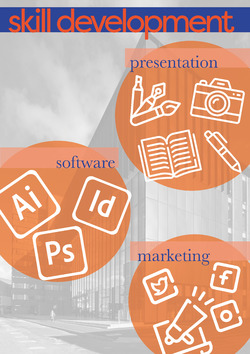 Our event focuses on developing three key skills; presentation, software and marketing. Through the use of traditional media and Adobe Illustrator, Photoshop and InDesign students will be asked create a suite of social media marketing material that can be used by our collaborator, Nightsafe.

The program looks at how narratives can be creatively documented in order to effectively communicate the journey and thus maximise their appeal and exposure. We hope that this will allow Nightsafe’s profile to expand and prove an invaluable tool in the charity’s future.

In today’s world, these skills are vital in the creative industry and we hope that students partaking in the event will benefit in their student and professional lives.