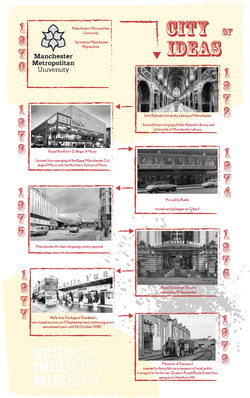 The 70s was the time of confusion. It was ten years of puzzle wrapped up in a riddle, of the oil crisis, power cuts, macro-economic changes that uncovered exactly how far British worldwide impact had slipped from the potent long periods of Empire and modern authority. The Manchester City Council lost the majority of its key duties amid the 1970s, 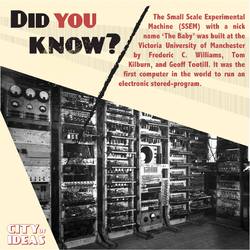 In our 'Did you know?' series, let us introduce you to the "Manchester Baby" :)

Did you know that the Small Scale Experimental Machine (SSEM) with a nickname ‘The Baby’ was built at the Victoria University of Manchester by Frederic C. Williams, Tom Kilburn, and Geoff Tootill? It was the first computer in the world to run an electronic stored-program.